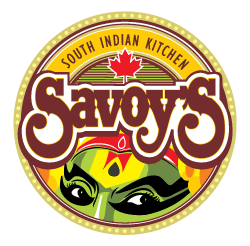 Savoy’s is an authentic South Indian Kitchen in Canada. This is one of the most popular restaurants in Canada with Calicut landmarks in Kerala. Because, Kerala food considered as one of the healthiest of all Indian foods.

Our primary meal is rice and its derivatives. When compared to other Indian dishes, South Indian food is the healthiest and most traditional.

Whereas, here you can enjoy the same amazing sensations and flavours of Indian food. Our restaurant serves home-cooked Indian foods with the greatest flavour and service.

South Indian cuisine includes; Andhra Pradesh, Karnataka, Kerala, Tamil Nadu, and Telangana, as well as the union territories of Lakshadweep, Pondicherry, and the Andaman and Nicobar Islands. So, in each of the five states, there are normally vegetarian and non-vegetarian options. 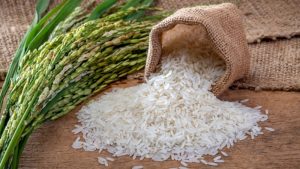 Importantly, Rice is a basic meal in all five states. Legumes and spices such as dried chillies, green chillies, and Tamarind, as well as fruits like tomato, Jackfruit or Bananas are also famous. Because, each state has its own distinct combination of spices, ingredients, as well as cooking methods, there is indeed a vast variety of spicy dishes.

The key components of several South Indian foods, such as mustard seeds, red chillies, curry leaves, and oil, have remained about unchanged. So, South India is widely kown for its broad range of spices. Hence, Cinnamon, cardamom, nutmeg, cloves, and pepper are the most important spices grown in South India.

South Indian food includes a wide variety of delicacies and dishes, including breakfast, lunch and dinner.

What is indian breakfast food?

Breakfast is an important meal in every Indian home. And, South Indian foods and breakfast dishes are nutritious. Mostly, Breakfast in South India often consist of Idli, Dosa, Upma, and Appam. They all use fermented rice. 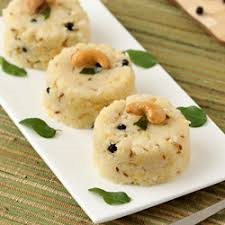 Dietician Shalini Singhal listed a few of the health benefits of South Indian food. She expressed herself as follows: “The majority of these foods are fermented, which is beneficial to the bacteria in the stomach. Idli, dosa, uttapam, and other Indian dishes are high in probiotics. Fermentation strengthens the immune system, improves digestibility, and increases vitamin B.”

For hot beverages, the South likes to drink filtered coffee over any other hot beverage. The South Indian Filter Coffee Recipe is a popular breakfast beverage in India. Here, roasted beans used to make coffee powder. It can be drunk with hot milk and sugar. 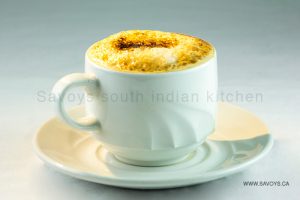 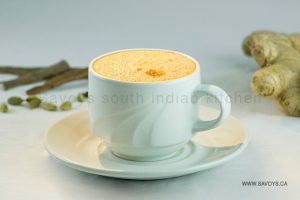 In addition, tea is a popular beverage among South Indians, with a wide variety of teas available. It included Holy Basil (Tulsi), Cardamom, Pepper, Liquorice, Mint, and others. Herbal tea is a drink made from ingredients other than Camellia Sinensis (Tea Plant). Other examples include Rooibos Tea, Chamomile Tea and Rosehip Tea.

After breakfast, lunch is normally the second meal of the day. Lunch is a mid-day meal that is commonly lighter and less formal than an evening meal. Kerala, Tamil Nadu, southern and coastal Karnataka, and most Andhra Pradesh eat more rice for lunch.

In addition, the easiest way to classify food diversity is to divide it into diverse communities, such as vegetarians and non-vegetarians.

There will be a traditional lunch given on a banana-leaf. Various pickles and Appalams commonly served with meals. Kuzhambu, Sambar, Parippu, Rasam, and Thayir are the subcategories under this meals.

On festivals or special events, such as Kerala’s Onam or Vishu, TamilNadu Pongal, and Karnataka Ugadi, they mostly served meals in the early afternoon. The Kerala sadhya, a detailed meal prepared for festivals and events, is a vegetarian version of a traditional Kerala cuisine.

The term “Virundhu” refers to the fundamental components of Tamil cuisine. In important events, such as festivals and weddings, they provided food to guests.

Similarly, “Annam” is a mainstay of the dinner, and they normally combine it with the other courses with the right hand. In Andhra Pradesh, the most popular dish is pulihora, which is tamarind rice with green chilies.

These foods differ because of the ethnic backgrounds of soil, climate, culture, ethnic groups, and vocations. Hinduism, Islam and cultural choices and customs heavily influenced food in India.

Dinner is the largest and most formal meal of the day in many Western societies. Which some Westerners eat in the middle of the day. It referred meals at noon to as supper.

In addition, South Indian traditional cuisine is vegetarian only, although many in recent years choose non-vegetarian dishes as well. Parotta is a popular and unique meal in both Tamil Nadu and Kerala.

Moreover, foods made from dairy products prepared in a wide variety of ways. Therefore, Yogurt is a must-have for every meal that includes rice. When it is hot outside, spicy buttermilk is a popular alternative to yogurt.

They commonly used ghee and butter in preparing different delicacies, especially during festivals and special occasions.

Sweets and desserts from India, commonly known as Mithai, are an important part of Indian food. Every home cooks sweets throughout the festival season to share with friends and family. Varieties of desserts those are sweet like Payasam, Kesari Bhaat, Obbattu/Holige and Dharwad Pedha.

A cup of coffee or tea with snacks in the evening is of great value to them. The most common snacks are Vada and Bajji. The most well known dish in Kerala is Banana Fry.

Water, spices, and sometimes fruit in a yogurt-based drink called Lassi. Because of this, they also had known buttermilk as Lassi in India.

Several meals that are spicy and sour in Andhra Pradesh cuisine (also known as Telugu cuisine). Red chilli and rice also used in Andhra cuisine. In the recipes, pappu, millets, gongura, and tamarind are using. Pickles, both hot and cold, are an inextricable element of the local cuisine. 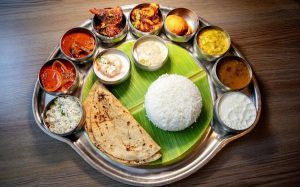 Especially, Biriyani is a popular dish in Hyderabad, and Hyderabadi Biriyani is a must-try one. In addition, curry, butter and saffron, half-cooked rice used to prepare the chicken. This fragrant biriyani will wow your taste buds.

Karnataka is famous for its broad range of Dosa and Sambar. The meal is flavourful and includes variety of vegetarian and non-vegetarian dishes. Rice, Sambar, Pickle, Vegetables, Ghee, Dessert, and other curry-based meals. Make up a typical Kannadiga Oota (meal) served on a banana leaf. 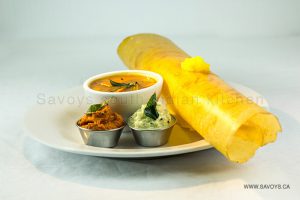 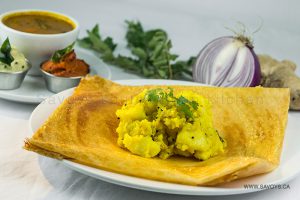 Besides, to Kichadi and Neer Dosa, other popular dishes include Korri Gassi (chicken curry). Coconut and fruit are common ingredients in these meals. Bisi Bele Bath is a Kannada traditional cuisine that cooked in every Kannadiga’s home. The meal has a unique coconut flavour, and the preparation is lengthy, involving several veggies and flavours.

Another famous Karnataka food is Udupi food. Coconut paste is an essential component of the meal. Moreover, the curry itself constitute variants of milder curries. 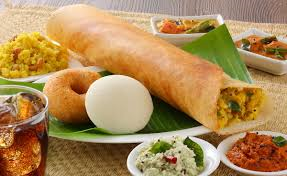 The major ingredients of Udupi cuisine include grains, beans, vegetables, and fruits. Unlike the others, this cuisine consists entirely of vegetarian meals and heels the concept of Sattvic cuisine. This foods does not contain onions and garlic.

The unleavened bread known as Malabar Paratha, normally prepared using Maida, refined flour, or wheat flour. According to experienced cooks, the best pair of beef fries with Malabar Paratha is the favourite in Kerala. 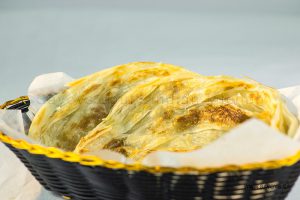 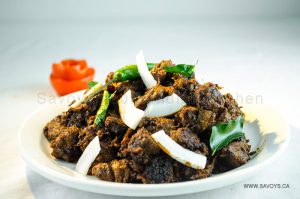 Another famous Kerala meal is Kothu Paratha. This consists of shredded paratha fried with egg, onions, chilies, spices, and optional vegetables or meat (beef or chicken). 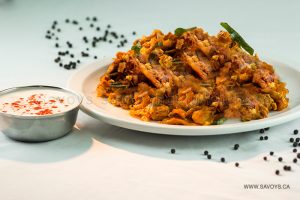 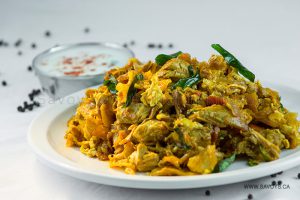 Malabar biryani is one of India’s most popular dishes. It comes in a variety of sweet and salty flavors to suit your taste. These tender chicken wings mixed with steamed rice and turmeric to create a delicious meal. Garnishes for the biryani include sautéed dried fruits. 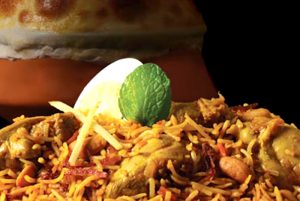 Pongal is a harvest festival that takes place in Tamil Nadu in mid-January. There are two types of Pongal. Which are Sweet Jaggery (palm sugar) Pongal and Savoury Ven (white) pongal. They prepared it with basic rice and a split moong dal meal.

In addition, the term Pongal belongs to a spicy Ven Pongal, which is a popular breakfast meal. Chakkarai Pongal dish served during the Pongal festival. There are a variety of ingredients that added to the delicious dish. Like, Coconut and ghee are among the other components (clarified butter from cow’s milk).

Special Biriyani’s: Tamil Nadu is famous for its variety of biryani.

Ambur biryani’s origins are in Tamil Nadu, therefore it is prepared with a characteristic South Indian touch. They garnished this unique beef dish with dried chilli paste and whole spices. 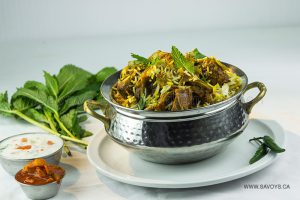 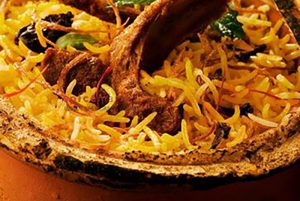 Another well-known Tamil Nadu biryani is the Thalapakatti biriyani, this one from the Dindigul Thalapakatti area. The addition of curd and lemon gives it a spicy flavor. However, unlike other South Indian dishes, it does not contain tomatoes or coconut.

Food of Lakshadweep, Pondicherry, and the Andaman & Nicobar Islands

The people who live on these islands eat a substantial amount of rice. Rice is the second most popular meal in Lakshadweep, behind fish and coconut. There is a wide variety of fish on the island, making it a delight for seafood lovers.

Following, Crabs, seaweed, octopus, squid, and prawns are among the dishes available here. They commonly used rice paste in breakfast dishes such as Dosa and Idli.

Something used Malabar spices in the cuisines made here. Coconut milk is also a crucial component of most of the meals prepared here. 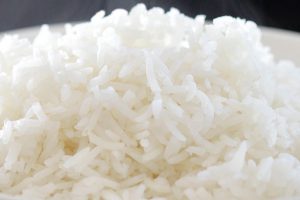 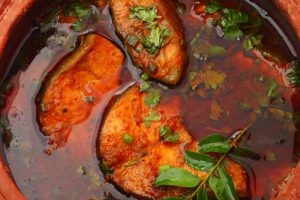 Also, Octopus fry is a popular dish served here. Mus Kavaab is a popular island delicacy made from boneless fish. 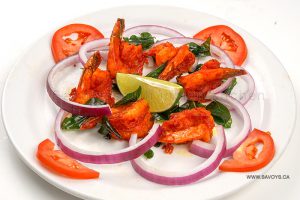 Another fantastic dish is Fish Tikka and Maasu Podichath (dried tuna). These islands are home to a wide variety of fish, prawns, crabs, and lobsters.

Authentic South Indian Food and not to be missed...

Savoy’s is one of the greatest places to eat South Indian food. Every dish being cooked with a special combination of herbs and spices from South India. A variety of delicious meals are available at Savoy’s! Dosa, Biriyani, and other traditional Kerala dishes are our specialties.

Take a look at our menu card that includes a variety of meals as a guideline. Read More